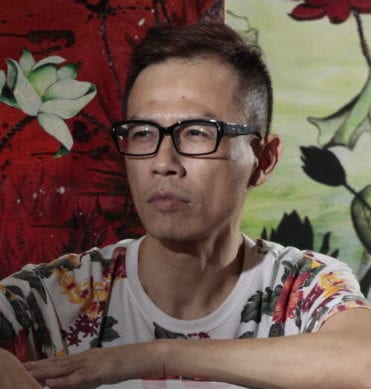 A world where dementia is nothing but a distant memory.

Danny Raven Tan had always dreamt about being a artist since he was a child but he have to put his ambitions on the backburner and yield to his parent’s wishes. He studied Building Estate Management at the National University of Singapore and stayed in the property industry for 15 years. At some point, he decided to get into several marketing positions before happily ending up as a marketing manager at LASALLE College of the Arts. But a series of events eventually made him question what he was doing. He was diagnosed with stage 2 pancreatic cancer six years ago following the death of his father from respiratory failure due to pulmonary fibrosis (scarring of the lungs) two years ago. His mother also began deteriorating from Dementia shortly after. All of these led him to think it was high time to follow his dreams and spend time with his loved ones.

In 2015, Danny became a full time caregiver for his 85 year old mother. Danny left LASALLE College of the Arts, after spending six years marketing the college and decided to pursue his dream as a painter. He co-founded The Tiffin Gallery, a unique art appreciation space nestled in the heartland of Singapore, Ang Mo Kio. He has had two solo exhibitions titled “Unlisted” and “Undead in 2016 and 2017.
“A gallery of this nature, where artists combines living, working, and exhibiting his artworks would be interesting to both locals and tourists, who are curious about where and how the majority of Singaporean lives.” – Danny Raven Tan

Danny believes Art heals. It allow expressions when words seemed cumbersome for people living with dementia.
2016, he cofounded Enable Asia which organises the annual Enabling Festival that champions dementia and caregivers’ well-being. The Enabling Festival is in its 5th year now and it is growing strong with the wonderful support from many like-minded organisations and people. He referred them as Rock Stars of The Enabling Festival! This is the video that has gone viral. It presents an unvarnished look at the stress and love-hate relationship when roles are reversed and a son must now play caregiver to his once strict and strong mother. Artist Danny Raven Tan talks about the emotional and psychological challenges of caring for someone with dementia.

Agreeing to shoot this short film titled “When You Are Old” directed by Mr Koh Chong Wu, a very young and talented filmmaker, was probably the most rewarding project Danny has embarked upon in 2016. This project is one his several advocacy work for the dementia community.It was not an easy shoot because this story is very much close to Danny’s heart. The script which was discussed with the director is based on true events that happened between Danny’s mom, his helper and himself.This film brings to light the struggles and heartbreak caregivers face, as well as the importance of being supported by their communities. “When You Are Old” is the Winner of Singtel’s 5-Min Video Challenge 2016. It was also shortlisted as finalists for Unbroken Festival in London. The film also travel to Chaktomuk film festival in Cambodia, Auroville in India and Toyama in Japan.